Three (3) partner organizations from Germany, United Kingdom and Spain met together for the very first time in order to discuss the project´s general aims and the upcoming work for the development of the Guidelines for Sending and Hosting Organizations in order to ensure successful participation of trainees in vocational education and training (VET). Germany has taken the role of project coordinator. The goal of the Guidelines is to ensure that trainees have a successful support before, during and after their international training.

During discussions partners agreed upon division of mutual tasks, made a schedule for next meetings and agreed on how to work together to make the project process successful. While implementing the project, partners will regularly meet in Germany, UK and Spain. It was decided that the next Leonardo da Vinci Partnership meeting will take place in May 2012 in Spain 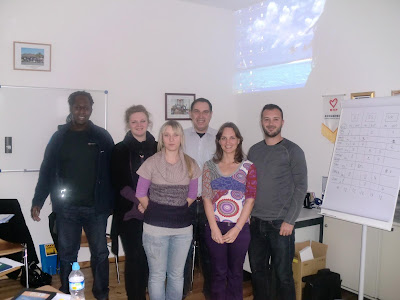 The 2nd Leonardo da Vinci Partnership Meeting for the project "Effective Inclusion" took place from 2nd to 5th May 2012 in Logroño, Spain. The project meeting was organized by project partner Gantalcalá Association. During the meeting the following topics were discussed:

Besides working on the structure of the new Guidelines for Sending and Hosting Organizations in order to assure efficient participation in VET, partners also had a possibility to visit the local VET partnerships, projects and places intended for the future trainees in Logroño.

It was decided that the next Leonardo da Vinci Partnership meeting will take place around October 2012 in UK. 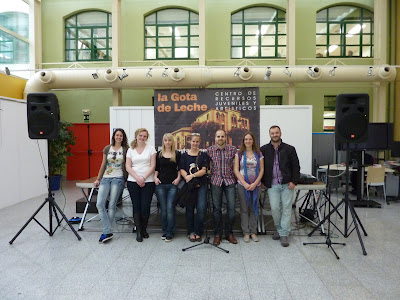 
The 3rd Meeting of "Effective Inclusion" took place from the 7th to the 9th of March 2012 in the city of Leeds (United Kingdom).

Representatives of Spain and United Kingdom participated on this meeting with the aim of arranging new steps of the project and future opportunities for a practical VET for youth workers from Spain, not only involved in this project, but also in other local and regular initiatives in their home country.

The meeting was also the framework to learn about the traineeships offered by Everything is Possible and discuss about the experiences of this organisation dealing with young people from social exclusion areas and the impact of involving them in VET activities.

Participants had also the chance to visit local facilities used by the hosting partner for the development of local iniciatives and projects. 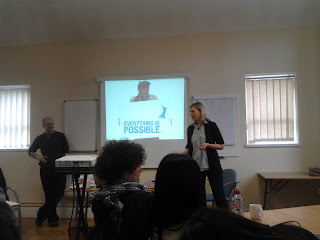 Next meeting of "Effective Inclusion" was organized by “Everything is Possible” and took place in Leeds (UK) from 6th to 8th June 2012.

During the meeting “Everything is Possible” talked about the experiences they made while working with young people from social exclusion areas and the impact on these young people from involving them in vocational education and training activities. Good practice example was given and the video of the project was shown.

German partner “Brandenburgische Sportjugend im LSB e.V.” explained the situation in the federal state of Brandenburg and talked about the steps that can be taken in order to make the traineeship successful for all involved partners. As important aspect the communication between Sending and Hosting organization was highlighted. After that UK presented the first ideas for creation of the blog for the partnership “Effective Inclusion” in order to insure the visibility of the project.


Three youth workers of Gantalcalá Association travelled to Leeds (UK) between the 23rd and 27th of August 2012 with the goal of taking part in the management, coordination and execution of a European project with young people from social excluded areas. 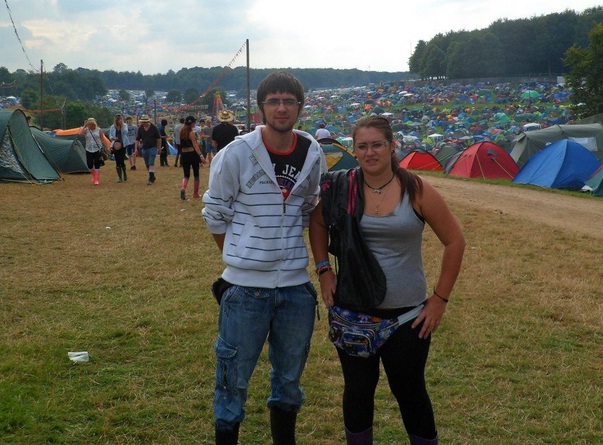 Everything is Possible -one of the three joined organizations of this project- was the responsible of hosting the youth workers of  Gantalcalá who participated in this training period. Those training actions were developed by non-formal methodologies, through the participation of these Spanish youth workers in the active management and development of environmental volunteer actions in a festival organized in the English town of Leeds. 30 young people from different European nations participated also in this festival (such as: France, Italy, Poland, Greece and Estonia).


The 5th Leonardo da Vinci Partnership Meeting for the project Effective Inclusion took place from the 5th to the 7th of September 2012 in Leeds, United Kingdom.

In this meeting the partners from Germany and United Kingdom tried to re-arrange the future mobilities in order to complete the stablished programme. 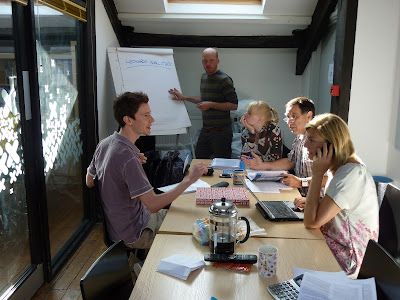 6.- SPAIN
Gantalcalá Association hosted the 6th meeting of "Effective Inclusion" in Logroño (La Rioja, Spain) between the 13th and 15th of November 2012.

During the mentioned meeting, the 3 partner organisations worked together on the design and improvement of the main results to be achieved by the end of the project. The main aim of these results is to promote mobility programmes for young people with fewer opportunities and improve the management of these opportunites among hosting and sending organisation of this target group. The participants on the meeting were working on the guide that will be finished before the end of the project and focused on the guidelines and methodologies to be used by sending and hosting organizations working with young people with fewer opportunities through professional internships (VET).

Besides all this work, participants had also the opportunity of visiting other local facilities and institutions that could host in the future potential interships for young people with fewer opportunities.

7.- SPAIN (March)
1. Purpose of meeting
Gantalcalá Association hosted the 7th meeting of "Effective Inclusion" in Sevilla (andalucía, Spain) between the 4th and 6th of March 2013.
The meeting of the partnership was scheduled to work on the materials that will be presented at the end of the project and discuss the main guidelines to elaborate them and that were already set in previous meetings. The aim of these materials is to improve the quality of the mechanisms, management and procedures of those sending and hosting organizations working with the mobility of young people with fewer opportunities.
Another purpose of the meeting was to discuss about the next steps of the project, calendar, future meetings and dates to celebrate them.
This meeting was organized by Asociación Gantalcalá with the cooperation of: BSJ (Brandenburgische Sportjugend im Landessportbund Brandneburg e.V. and Everything is possible. 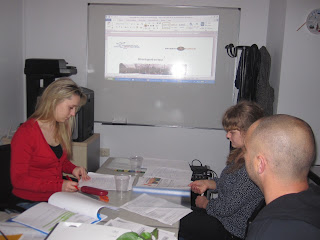 8.- GERMANY (April)
The 8th meeting of "Effective Inclusion" was organized by Brandenburgische Sportjugend im LSB e.V. and took place in Potsdam (Germany) from 24th to 26th of April 2013.

During the meeting 3 partner organizations visited local Vocational Education and Training (VET) projects that could provide in the future potential traineeship placements for young people with fewer opportunities. Together partner organizations visited 4 different social projects in Potsdam and in the area around Berlin.
One of the main visiting sights was the Sport and health oriented Kindergartens and after school care center of the organization “LSB SportService Brandenburg gGmbH”. The organization was set up in August 2004 as a 100% subsidiary of the Sports Youth Brandenburg within the Sports Federation Brandenburg and uses movement as a mean for implementation of education and healthy development of children. Under the slogan ‘always on the move’, the children gather important social and emotional experiences and learn how to be sporty in a fun and trendy way.
The second visit took place 45 km southeast of Berlin in the Youth Educational center “Blossin”, which provides numerous possibilities of educational and leisure programs for young people, groups, social workers and youth leaders. Center aims to develop social competences of personal responsibility and youth participation through different Center activities like aquatic sports, adventure and nature experience possibilities, seminars, conferences and education offers.
In addition, the participants of the meeting had an opportunity to visit the Project Center “Neuseddin”. All Center’s activities and social projects contribute to democracy, social integration, strengthening civil engagement, violence prevention and creation of alternative free time activities for youth. Sport is used as a method to teach about fair play, teamwork, leadership, discipline and other valuable skills. The Neuseddin team through the year organizes numerous adventure, beach, fun and street sport tournaments which are oriented towards interests of youth, especially with fewer opportunities.
Detailed presentations and explanations about working concepts and methods, needed equipment, planned tasks and responsibilities of the trainee were delivered in each potential traineeship place. Also, partners had a chance to meet directors/ responsible co-workers in each institution. 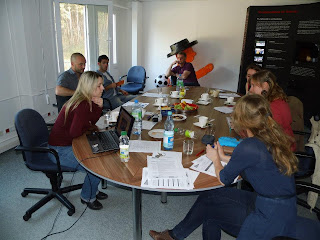 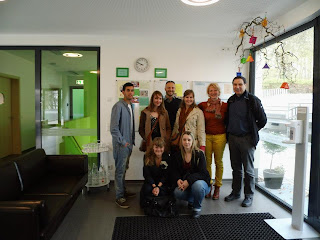 9.- UNITED KINGDOM
The 9th Meeting of "Effective Inclusion" took place from the 15th to the 17th of May 2013 in the city of Leeds (United Kingdom).

During the meeting, the 3 partners from the UK, Spain and Germany spend the morning visiting local Vocational Education and Training (VET) projects that could provide in the future potential traineeship placements for young people with fewer opportunities.

Our second visit was the local department of City of Bradford YMCA named BEES (Bradford Environmental Education Service). This service offers a broad range of environmental education opportunities to young people, individuals, community groups, schools and businesses. Their main aim is to enable people to make a positive contribution to their local environment, develop skills and explore the natural environment. There the trainee will have the opportunity to work in the environment area (outdoor environmental work such as planting trees, building fences, etc.).

After visiting the local VET partnership/project places, Raphael from “Everything Is Possible” spoke about his role in the organization as the visibility coordinator of the organization. He introduced as well some ideas about the visibility of our future mobilities in Germany, Spain and the UK.
Finally, we worked on our guideline and improved it with other ideas. We decided to change some details in the VET opportunities Catalogue Form and Germany showed the work they have done in laying out the VET opportunities Catalogue.

At the end of the meeting, we decided that the next Leonardo da Vinci Partnership Meeting will take place In Germany on the 12th June to the 14th June and that for this dates, all the finishing work should be done.

10.- GERMANY
The 10th meeting of "Effective Inclusion" was organized by Brandenburgische Sportjugend im LSB e.V. and took place in Potsdam (Germany) from 12th to 14th of June 2013.

The meeting started with two brainstorming sessions that were held in order to create new ideas for some chapters of the Guidelines. After that 3 partner organizations agreed on Final versions of Guidelines for Sending and Hosting Organizations of trainees with fewer opportunities and Vocational Education and Training (VET) opportunity Catalogue.  The expected format of the final results was discussed and last questions regarding outputs were clarified. 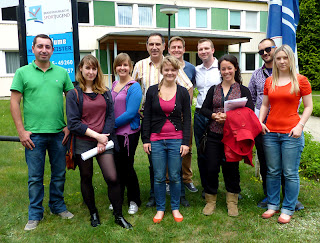